Posted on December 13, 2013
Assalamu Alaikum,
Friendly option that suggests similar searches related to your search.
The similar searches appear in the bottom of the results.
e.g. when you search  ”Islamic” the following appears: 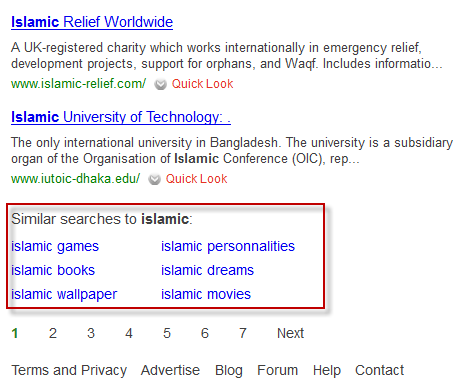